UX Interns of On-Off Group are assigned their own client projects for which they have to conduct UX Research, perform data analysis, and produce the respective output that will accomplish the objectives set by the clients.

The following is the case study of the client project I was assigned to.

Amihan Homes envisions being the most sustainable housing solution in the Philippines through a novel yet accessible homeownership model.

Amihan Homes aims to achieve this by providing “subscription type” housing, wherein ownership is realized through the purchase of shares in the housing cooperative. Instead of paying monthly rental dues, residents will gradually purchase shares until they purchase enough (shares) to warrant ownership, evidenced by a deed of assignments to their unit. Shares may also be purchased outright, if funds allow, or sold back to the cooperative, in cases like the unit owner’s relocation.

Amihan Homes aims to alleviate problems that Filipino millennials currently face, i.e. financial roadblocks in acquiring their own property, having to resort to continuously renting, and having limited access to quality options in the market.

Seeing as this model of homeownership is relatively new in the Philippine market, how might we validate this novel homeownership concept among Filipino Millennials and gather their value-adding insights for the development of Amihan Homes?

I conducted a stakeholder interview with Sir Ken Reyes-Lao, the founder of Amihan Homes in order to:

From this interview, I drafted the research plan of Amihan Homes that consisted of three main objectives:

I selected User Interviews as the method by which I would conduct the research.

User interviews are “where a researcher asks questions of, and records responses from, users. They can be used to examine the user experience, the usability of the product or to flesh out demographic or ethnographic data (for input into user personas) among many other things” (Interaction Design Foundation).

In the user interviews conducted, participants were asked about their:

Screener. In order to recruit participants for the study, I distributed a screener in the form of a questionnaire to filter respondents.

The screener asked questions regarding respondents’:

There were 75 responses from respondents nationwide. From these 75 respondents, 10 participants were screened based on the aforementioned criteria. I will expound on the same below.

Location. As the study was limited to 10 participants, I decided to divide the participants as follows:

Current living situation. As previously stated, Amihan Homes aims to provide an alternative housing arrangement to Filipino millennials who suffer from financial roadblocks in acquiring their own property and thus have to resort to continuously renting.

Given this, I recognized that it would be value-adding to the research to interview participants who were currently renting their current residence. This would allow me to probe into current renting conditions in the Philippines, including the benefits and challenges that come with the same, as well as what these participants wanted for their living arrangements.

Majority of the participants selected for the user interviews are currently renting their residence. The distribution of renter and non-renter participants is as follows:

After all 10 interviews were completed, with the data compiled and noted down, I then proceeded to data analysis.

I utilized affinity diagramming to help me group and analyze the data. This was accomplished virtually through the online tool, Miro. For every question asked in the interview, all participants’ answers were accounted for and grouped according to subject or theme. For example, for the question asking about what the common challenges were in their current living arrangements, I grouped together similar answers from different participants that cited rental dues as a challenge. The same goes for different participants who selected location and transportation as a challenge and so on for the other challenges stated and shared. This was how all data was treated for each question asked in the user interviews.

Utilizing affinity diagrams allowed me to:

When all the data was properly sorted and grouped, I then proceeded to write a full report on the data collected.

Summary of the data. I divided the report into sections similar to that of the discussion guide and interview so that the research output would follow the same logical flow. A clickable table of contents was made for ease in perusal. Quantitative data gathered from the interview was tabulated appropriately and qualitative data (i.e. significant participant statements) were quoted and explained in the written report. Throughout the report, I also indicated the number of participants who expressed a particular insight/concern/suggestion.

I presented the data in this way to make it as easily digestible as possible for the client. Considering the fact that the interviews, each spanning 1.5 hours long, were rich with data, I found it of utmost importance to sort and present the same in as succinct a manner as possible. I wrote the report in a way that was easy to digest, however retained the comprehensiveness of the data.

This was also done for ease in digesting and comprehending the data. I assumed as well that if the client would want to review and implement some suggestions, it would be much easier to have them all in one section such that the client need not browse through the entire report themselves to identify the different suggestions.

I included this in the report because the client had mentioned that they may want to conduct a widespread survey similar to that of One Shared House 2030 and were asking for insights as to what questions they may ask.

The research team at On-Off Group also crafted recommendations for the development based on emphasized concerns, pain points, suggestions, and/or confusions that were shared by the participants during the entirety of the research.

Based on the data collected, I crafted two artifacts to aid the client in further tailoring Amihan Homes to its target market. The artifacts crafted were Personas and Mental Models.

Personas. I crafted 3 personas based on the behaviors, needs, wants, and frustrations I observed from the participants during the user interviews.

I believed that user personas would give the client a deeper understanding of their intended target market. They would be able to identify what features are necessary and nice to implement based on the personas’ needs and wants. Thus, they could better develop Amihan Homes to become more tailor-fit to their target market.

Mental Models. I then crafted 3 mental models for each persona, all with the same goal of “Purchasing Property.”

User experience must not be integrated merely in the end product or service itself. User experience, first and foremost, must translate into the research and its presentation.

With a little over 15 hours worth of user interviews, this research project was very rich in data, in terms of both the quantity and quality of data. My own personal UX question throughout this project was: how might I present all this data in the most succinct way possible?

I learned from this project that any research done in user experience is initially and primarily felt not by the users of the product or service, but by the client contracting the research. And it is for this reason that all output, no matter how expansive the data may be, should be as digestible as possible by any and all persons who may need to use the findings. Good UX Research — and any good products that stem from it — is the result of the marriage of an analytical mind and empathetic heart.

Get your first review (FREE)

Fill in your details, press submit, and we'll have your first free review sent to you the following business day. 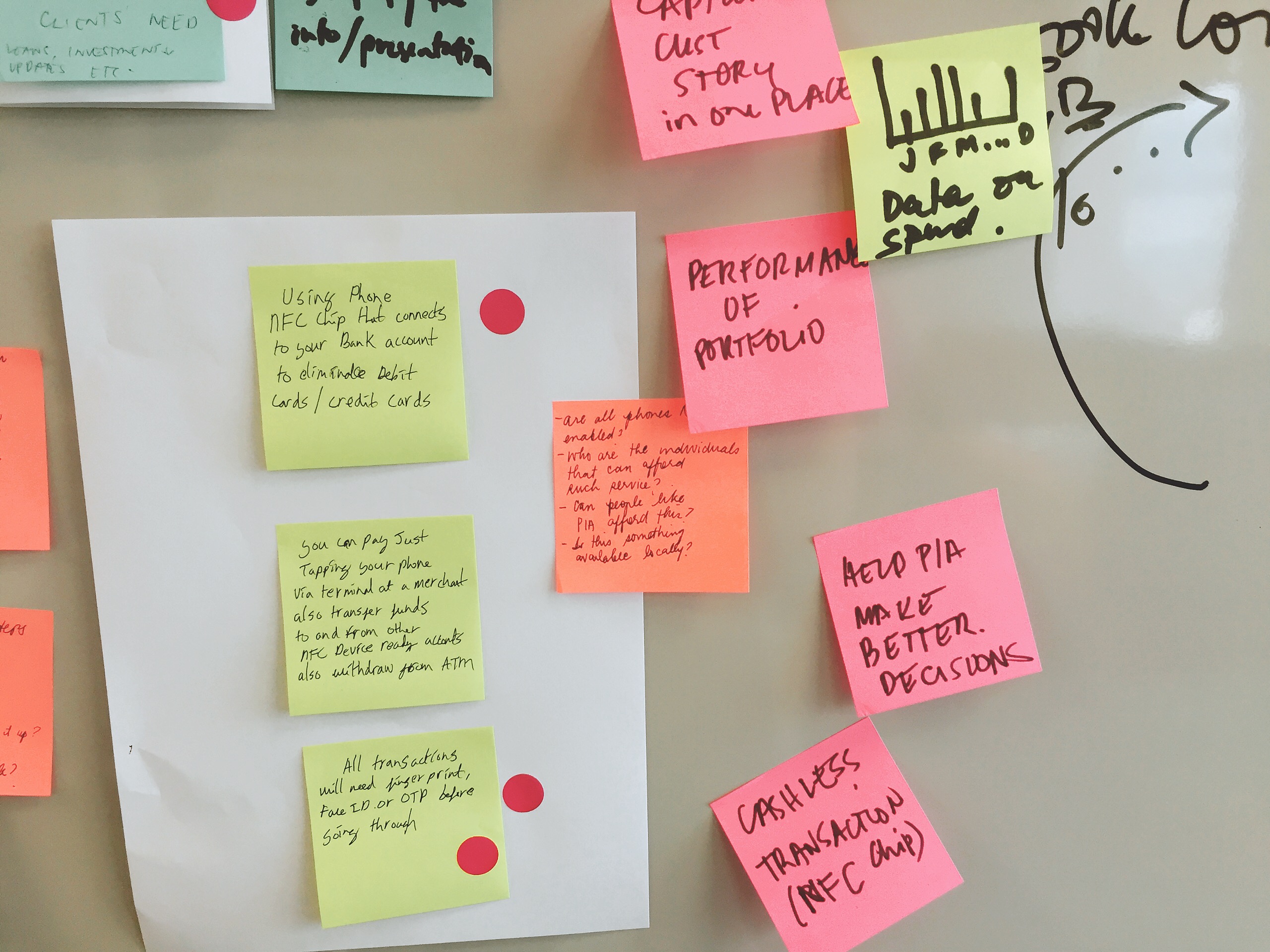 It was a pleasure working with the On-Off team. They were responsive, thoughtful, effective, and delivered all tasks beyond expectations. Thank you for your excellent contribution to the project.
Dr. Christel Gudberg
CEO & Co-Founder of Hupela and Head of Human Performance Lab at Ludger